From childhood he’s been making music throughout the years, coming out of Compton it’s nothing new at this point since only fire is from Compton, California. The home of many legends from NWA to Kendrick Lamar. Just over the year’s has hit us with a few street bangers titled “916”, “Pot’s & Pans” & Revelations, these joints and more were deeply indebted to the culture of his hometown and played across the west coast to whomever has ears to take in dope lyrics, fire tracks and appreciation for another underrated rap artist. It’s 2019 and Boomer hit’s us with a new joint we discover tucked away on IG titled “Free Game” produced by @Tharealjfkbeatz , we had to get it, because this single is available on Apple music where Boomer gives out the free game to those that need to take heed on how the game really goes. We love this single and yes it does drop on these that just don’t get it, and once you download your copy you’ll get it too. We know for a fact that you’ll enjoy this single. We did, Good Work ! Download Below

About StreetMotivation 867 Articles
Street Motivation is a Southern California based publication that was founded in 2005, and covers urban news, music, fashion, politics, and entertainment. 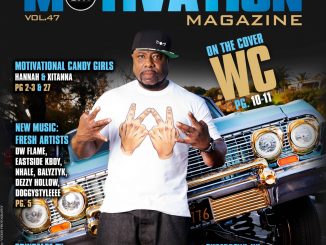