So you made it through 2018, and you still didn’t get signed to a record deal. Now what? It’s 2018 and 2017 was supposed to be your year! You’re still hustlin’, and about 5 minutes away from getting it the fast way, the Ski Mask way.

So what are you going to do different this year that you didn’t do last year, because by now it’s pretty obvious that the plan you had last year wasn’t very effective. No not at all. Google it, “How to get signed to a record deal?”, and you’ll find about 762,000,000.

So there’s nearly a billion results related to “How to get signed to a record deal”. WOW! So when people say, “Everybody and they momma trying to get a record deal”, that just happens to be a very true statement.

Then you have to remember that someone is always after your spot. Younger artists with more talent, seasoned artist with way more game, so there’s a load of competition. Only the best will get through, and being the best is not the only prerequisite.

Being humble as apple pie, being persistent, but not annoying, being patient, while remaining consistent, and knowing when it’s time to move on. It’s a complicated balancing act, one false move, and the deal goes away. A&R’s are very picky, and will drop your ass faster than you can click the like bottom on their facebook page.

The reason for this is, their jobs are on the line. They are not going to risk their lively hood on an unknown. Think about it. Would you? Probably not! I know that I wouldn’t. When I sign artist, I need a guarantee that I’m going to make money, because that’s why I’m in business, to make money. I have heard artist say, “I do this for the love, I’m not worried about the money”, well that’s an artist that I would not sign, because doing it for the love won’t pay my mortgage. If you are doing it for the love, then you should move out of the way, stop sending out your demos, and let the artist that want to be successful get the deal.

I know artists that have been singing all of their life, covering other people’s songs, singing in Las Vegas casinos, and can barely pay their rent. I know producers who have produced platinum records and they’re in debt up to their neck, make beats everyday, but they’re scared to do anything with it for fear of getting burned again. I understand, I’ve been burned before too, but the difference between me and them is I decided to build my own fire, so I am no longer afraid of being burned.

You might be waiting on Jay-Z, Drake, Rick Ross, or Lil Wayne to get a beat from you, don’t hold your breath. Or you maybe you’re looking for Universal to offer you a deal, and that’s cool, if it happens, but what are you doing in the meantime? Do you have a back up plan? You need contingencies, a plan B, plan C, and the rest of the alphabet if necessary!

You can hold out for Jay, Drake, Ross, or Wayne, or even a deal with UMG, but while you wait, other hungrier artists are getting other types of deals, licensing deals, publishing deals, indie label deals, and even starting their own labels.

The sad part is this will most likely not happen because most talented artists are far too lazy, feels like it should be given to them, or think that they are too good to sell their own music, which is really too bad, and such a waist. It has also been my experience that the artists that hustle the hardest have the least amount of talent, always pushin’ a raggedy ass CD in my face. Ill prepared to sign a record deal, and in need of so much artist development, I would need to spend an entire year developing them and re-recording material before they were even ready to release a single.

Think about it. If Jimmy Iovine called you today and said he wanted to sign you to Interscope Records today and release a single today, all you had to do is bring him a professionally recorded hit song. The funny thing is, some of you may have a hit song, but it’s not professionally recorded, or a professional recording, but it’s not a hit, and even if you feel like you have both, you don’t have to worry Jimmy Iovine is not calling you.

The moral to the story is always be prepared, stay humble as apple pie, be persistent, but not annoying, be patient, remain consistent, and know when it’s time to move on. Don’t hang on with your hand extended, waiting for someone to rescue you, and give you a record deal. Create your own deal, save yourself, be your own super hero.

It’s definitely easier to do it on your own. You don’t need anyone to validate you, and you can invest into your own career with no strings attached. If you are successful, the labels will come looking for you, but by that time you probably won’t need them. Let’s go people! 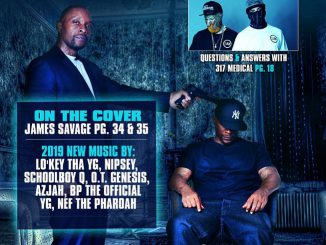